Vortex math is a system of numbers which explains the essence of form as a sphere with a vortex. These numbers reveal a spiral line and a curved plane. The numbers in this spiral line describe the form of a vortex , the vortex describes an inward contraction with its equal expansion which is the inner form of a torus . Vortex math numbers illustrate the natural equilibrium between the contracting and the expanding elements of the external physical plane and they also illustrate the internal and subtle aspect of consciousness. 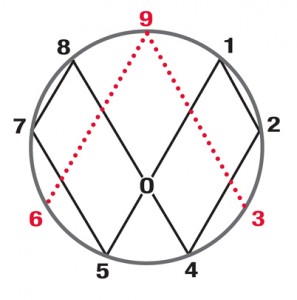 “One who wants to expand must first contract”. All external expansion is preceded by an inner contraction. Marko has said that all creation develops from the inside to the outside , from the inward to the outward . Everything which is manifest outwardly is an after effect of the inward contractive O energetic. Black coal when compressed by the contractive gravity of O becomes a diamond . 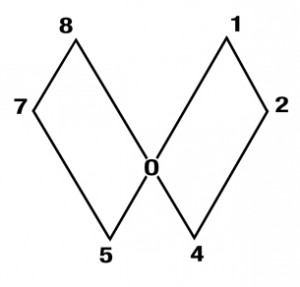 Marko’s vortex math is showing many resolutions of information .The 124875 sequence is located on the boundary of the outer circle and is EXTERNAL to O . 124875 is a perfect doubling circuit and represents natural law , it is the natural harmony and equilibrium manifest between all of the elements . But O is INTERNAL and represents the source-conscious element. 9 is situated as the medium between the natural law of 1-8 and the supernatural law of O . Situated on the boundary of the outer circle , 9 is integrated with the causal realm of 1-8 . Aligned with O , 9 is conscious 9 . 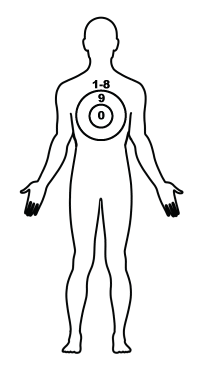 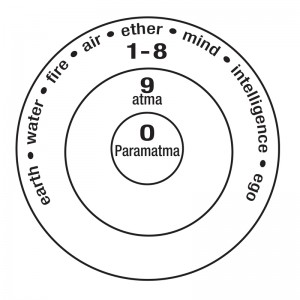 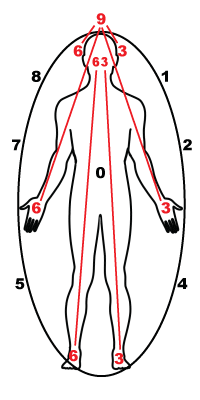 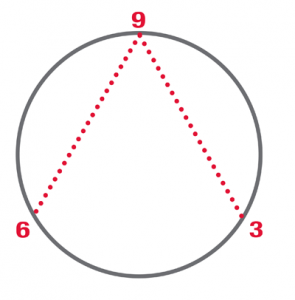 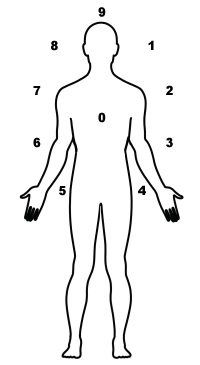 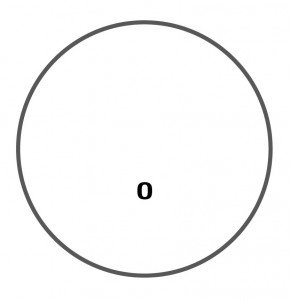 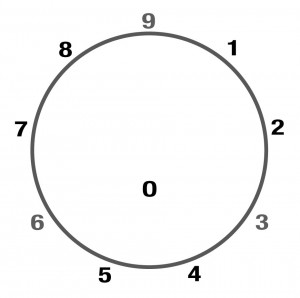 The outer circle also represents the boundary of the physical body . The body is made of earth (1) but the earth is saturated by water (2). This water is heated to a very constant temperature by fire (3).The heat within the body is regulated by air (4). The air is contained in ether / space (5). Space is within mind (6). Mind is controlled by the discrimination of intelligence (7) .Intelligence is conditioned by ego identity (8). The external elements are animated by the individual consciousness (9). The individual consciousness is animated by the universal consciousness (O). 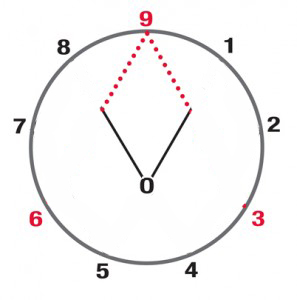 This shows the significance of 9 in its alignment with O. Here there is no impediment , no distortion , no maya, no separatism . 9 is living in the causal realm of 1-8 , but 9 can also look within and see the causeless realm of O. This inner conscious world is the world of faith , revelation , the Word , shastra , shabda brahman , the Holy Name, dharma .

Besides this inferior nature (1-8) there  is a superior energy of Mine , which are all the living entities (9) who are struggling with material nature (1-8) and are sustaining the universe.

Of all that is material (1-8) and all that is spiritual (9) in this world , know for certain that I am (O) both its origin and dissolution.

The Supreme Soul (O) is situated in everyone’s heart (9) , and is directing the wanderings of all living entities (9) , who are seated as on a machine , made of the material energy (1-8).  One (9) who sees the Supersoul (O) accompanying the individual soul (9) in all bodies (1-8) and who understands that neither the soul (9) nor the Supersoul (O) is ever destroyed, actually sees.  One (9) who sees the Supersoul (O) in every living being (9) and equal everywhere does not degrade himself (9) by his mind (6) . Thus he (9) approaches the transcendental destination (O).  I am seated in everyone’s heart (9) , and from Me (O) comes remembrance, knowledge and forgetfulness.

The integration of four number groups in the format of the fraction.

9 is our limited conscious life

Because all material elements are present everywhere , it is reasonable that different persons (9) have analyzed them in different ways . All such philosophers (9) spoke under the shelter of My mystic potency , and thus they could say anything without contradicting the truth . Therefore , no matter which of these thinkers (9) is speaking , and regardless of whether in their calculations they include material elements within their previous subtle causes or else within their subsequent manifest products , I accept their conclusions as authoritative , because a logical explanation can always be given for each of the different theories.

Because subtle and gross elements mutually enter into one another , philosophers (9) may calculate the number of basic material elements in different ways , according to their personal desire.

According to some philosophers (9) there are seven elements namely earth , water , fire , air , and ether , along with the conscious spirit soul (9) , and the Supreme Soul (O) , who is the basis of both the material elements and the ordinary spirit soul (9) . According to this theory , the body, senses, life air , and all material phenomena are produced from these seven elements .

Other philosophers (9) state that there are six elements – the five physical elements (earth , water , fire , air , and ether) and the sixth element , the Supreme Soul . That Supreme Soul (O), endowed with the elements He has brought forth from Himself , creates this universe and then personally enters within it.

Some philosophers (9) propose the existence of four basic elements , of which three – fire , water , and earth – emanate from the fourth , the Self . Once existing , these elements produce the cosmic manifestation , in which all material creation takes place.  Counting eleven , there are the soul (9) , the gross elements and the senses.   Eight gross and subtle elements (1-8) plus the Supreme Soul would make nine.   If we think in terms of five physical elements , five senses , the mind , the individual soul (9) , and the Supreme Soul , there are thirteen elements.   Some calculate the existence of seventeen basic elements , namely five gross elements , the five objects of perception , the five sensory organs , the mind , and the soul is the seventeenth element.

That Voice (O) which is the source of every cry and sound , that indeed is the only Voice and the rest is only an echo (1-8)(Rumi)

Vortex math numbers are vectors and they express a complete 3D vector equilibrium . This equilibrium describes the dimension and the proportion of the point, the line, the plane, and the solid  , which are all curving around  O  .  Numbers are recursive. Numbers curve in an outward spiral which makes a sphere and they curve in an inward spiral which makes a vortex. The expansive outward manifestation is always relative to an inward concentration of the contractive force . The outer  spin of the sphere is secondary, the inward spin of the vortex is primary . Vortex math is illustrating that this  dynamic is the essence of all form, everything is the sphere and the vortex .The eyeball is a sphere and the black pupil of the eye is a vortex that collects light waves.  The head is a sphere and the ear is a vortex that collects sound waves . 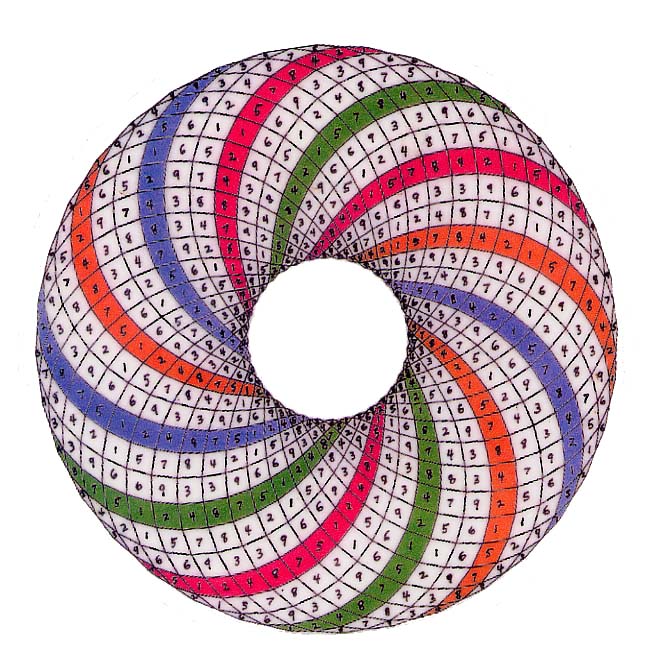 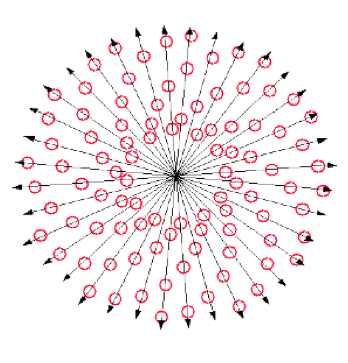 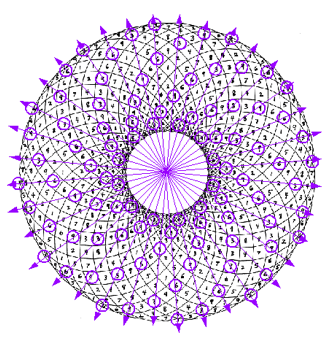 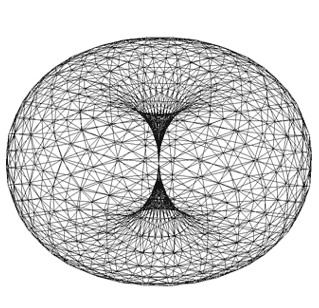 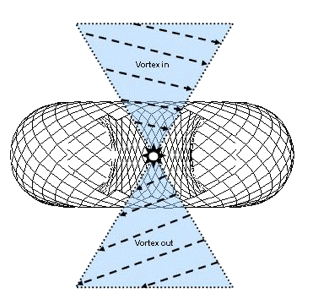